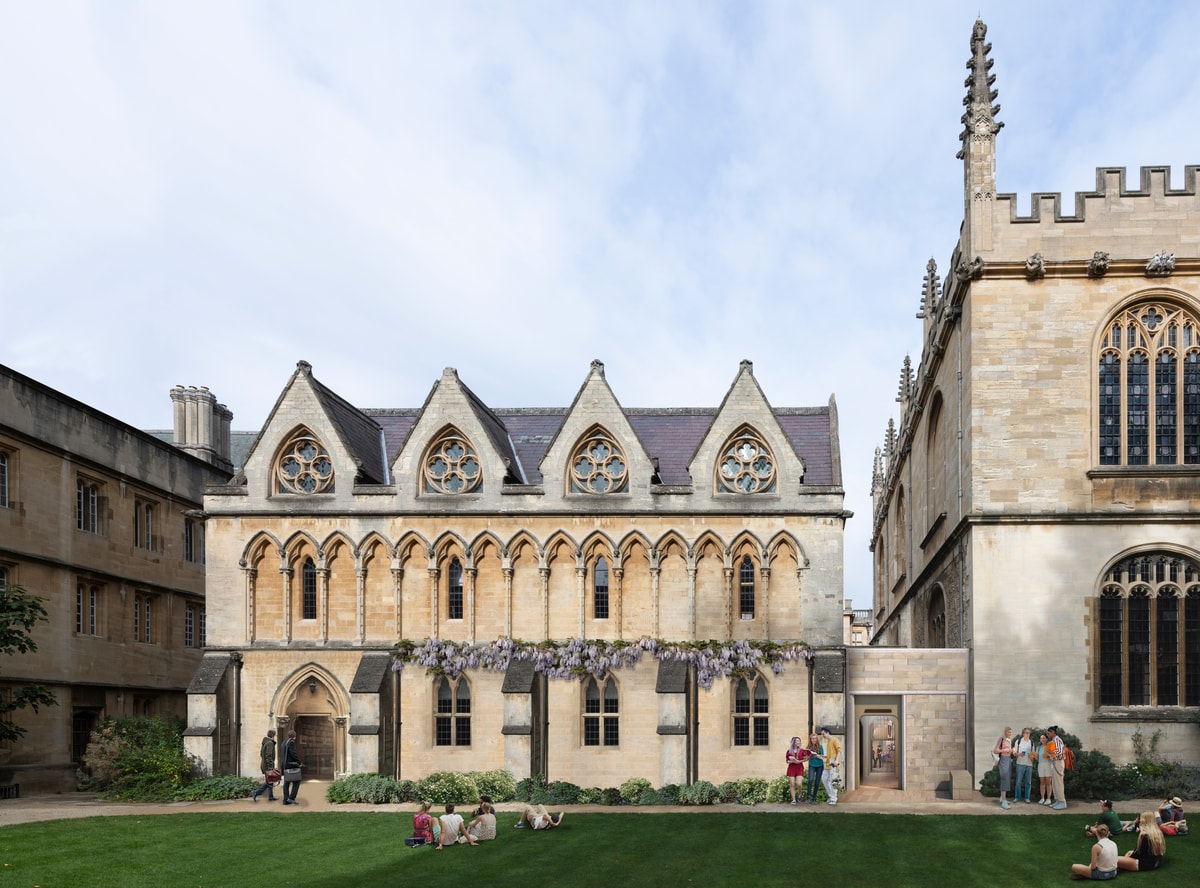 Nex and Donald Insall Associates have been awarded Planning and Listed Building consent to renovate Exeter College Library, Oxford. The culmination of two years of collaboration, the proposals combine a sensitive programme of restoration with considered improvements to the library’s study spaces and accessibility.

The library was constructed in 1857 by George Gilbert Scott, one of a number of his works at Exeter College. The Grade II listed neo-gothic building was built as a two-storey range with an adjoining lower annexe in an ‘L’ formation, around the college’s Rector’s Garden. It sits next to the 17th Century walls of Convocation House, the Grade I listed historic court room of the Bodleian Library, separated only by a sliver of ground between buttresses.

Key to unlocking the tight spaces of the existing library is a modest single storey block – the Link block. Tucked between the party wall of Convocation House and the two wings of the library, the Link block has undergone many alterations over the past two centuries, with little original fabric remaining. What is presently a garden store and windowless strongroom provided the design team a pivotal opportunity to transform the circulation of the library. Through occupying this space and the gap between the Bodleian’s buttresses, Nex have created a new entrance to both wings of the library and new staircase and lift, making the library fully accessible. The new lift shaft will be hidden behind an existing stair turret. A further new entrance and stairs at the north end of the annexe add new emergency exits and allow flexible movement through the building.

The library was significantly altered throughout the last century, with many changes obscuring the original beauty and charm of Gilbert Scott’s design. With no construction drawings to work from, careful investigation of the building’s fabric and study of Gilbert Scott’s wider works informed the design proposals. Reflecting the architect’s modulation of light, the 1950s rooflights in the annexe will be replaced by clerestory windows, as in the St Pancras ticket hall. The involvement of acclaimed conservation architects and historic building advisors Donald Insall Associates was instrumental to decoding the layered history of the building.

The annexe is presently split by a mezzanine floor that bisects Gilbert Scott’s gothic tracery, resulting in an uninviting lower level. Nex’s scheme will restore the windows to their full height and insert a new mezzanine like a ‘bespoke piece of furniture’ across half the width of the annexe, designed to echo the library’s original bookcases. The adjustment returns the annexe to a single volume, improving the quality of reading spaces. Steel beams, added as reinforcement to the range floor in the late 19th century, will be replaced with a new hidden structure, allowing the original ceiling design to be fully revealed.

Building within the historic fabric of Oxford is always challenging, but this site required innovative solutions from the outset. The use of prefabricated hardwood laminated panels allows for structural interventions including a lift shaft and the new 14m cantilevered mezzanine to be partially pre-constructed with minimum assembly on site. On the first floor of the range, bookcases will be constructed to conceal a deployable fire curtain system, without disrupting the historic interior. Existing exposed services will be re-routed and hidden beneath the plinths of the bookshelves, in significant upgrades to the building’s services and environmental comfort and performance.

Nex have developed a timeless material palette that complements the craftsmanship of the original building, such as the cast iron panels to clad the new lift shaft. Celebrating several stained-glass windows created by Exeter alumni, William Morris and Edward Burne-Jones, the design team have proposed a reeded glass screen and artists’ installations in the new circulation spaces. The design builds on the history of the library, without obscuring its original beauty.

Nex’s proposals modernise the building while ensuring the character of the library is preserved for the next generations of Exeter students and the wider community. The project is expected to be completed by Autumn 2023. 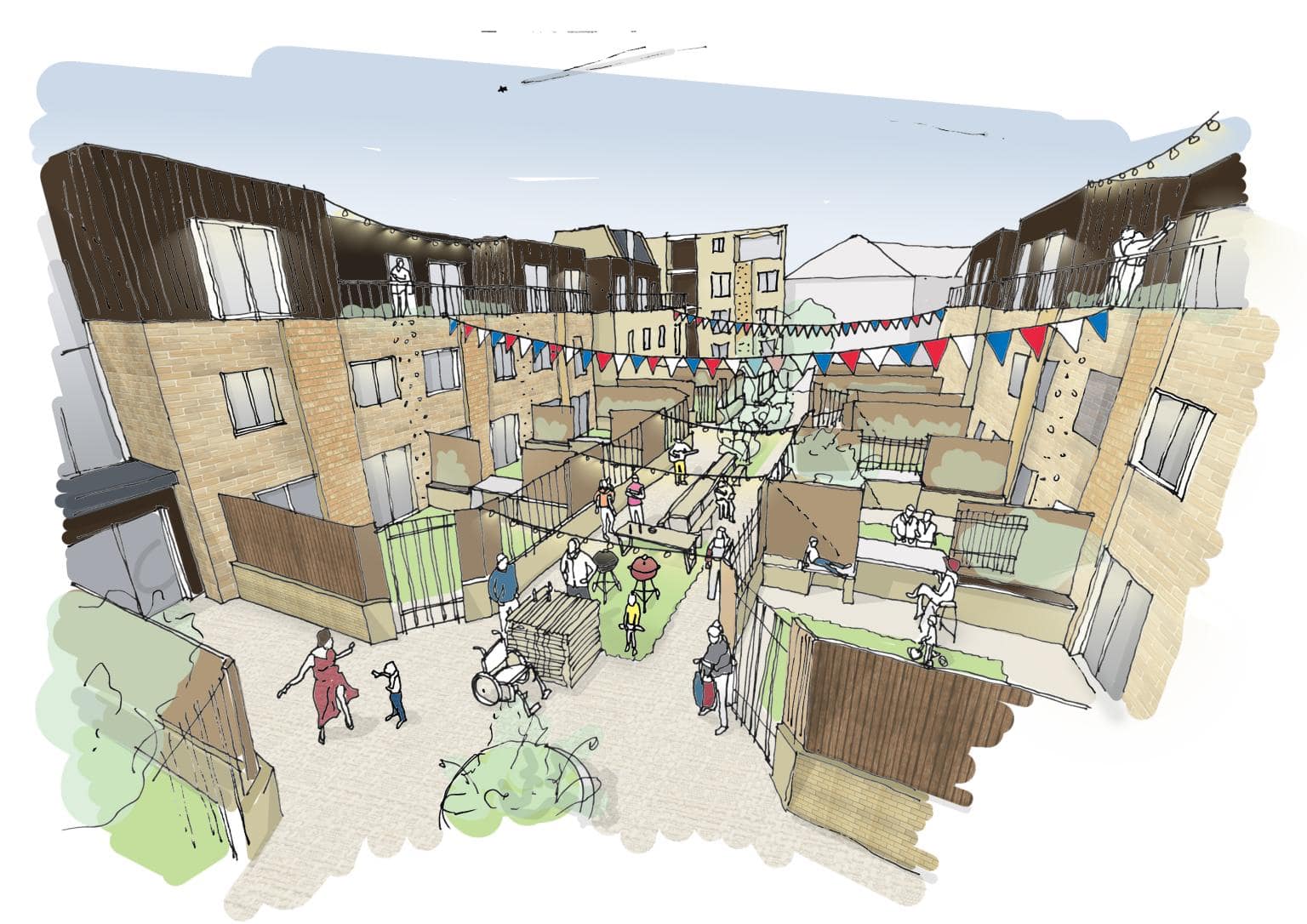 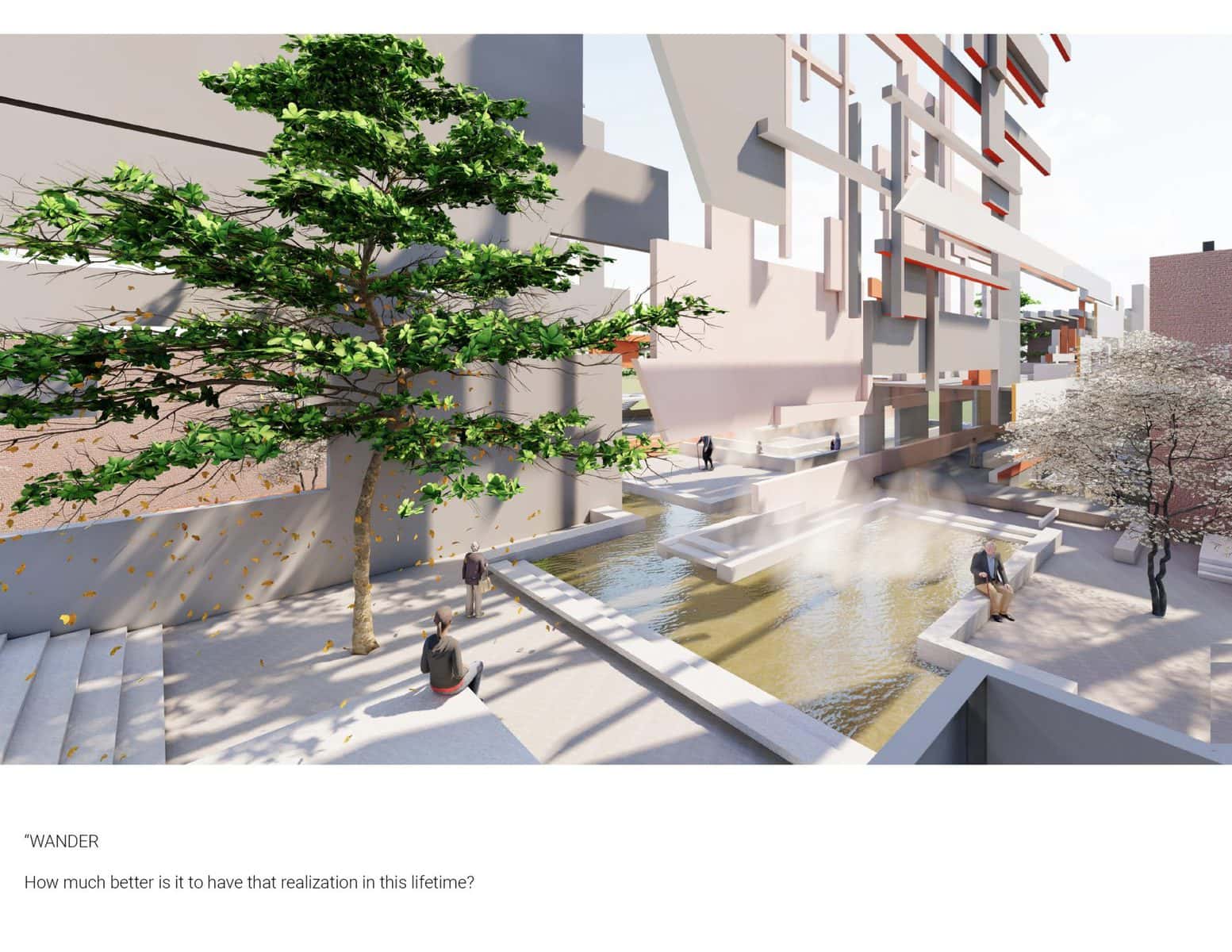