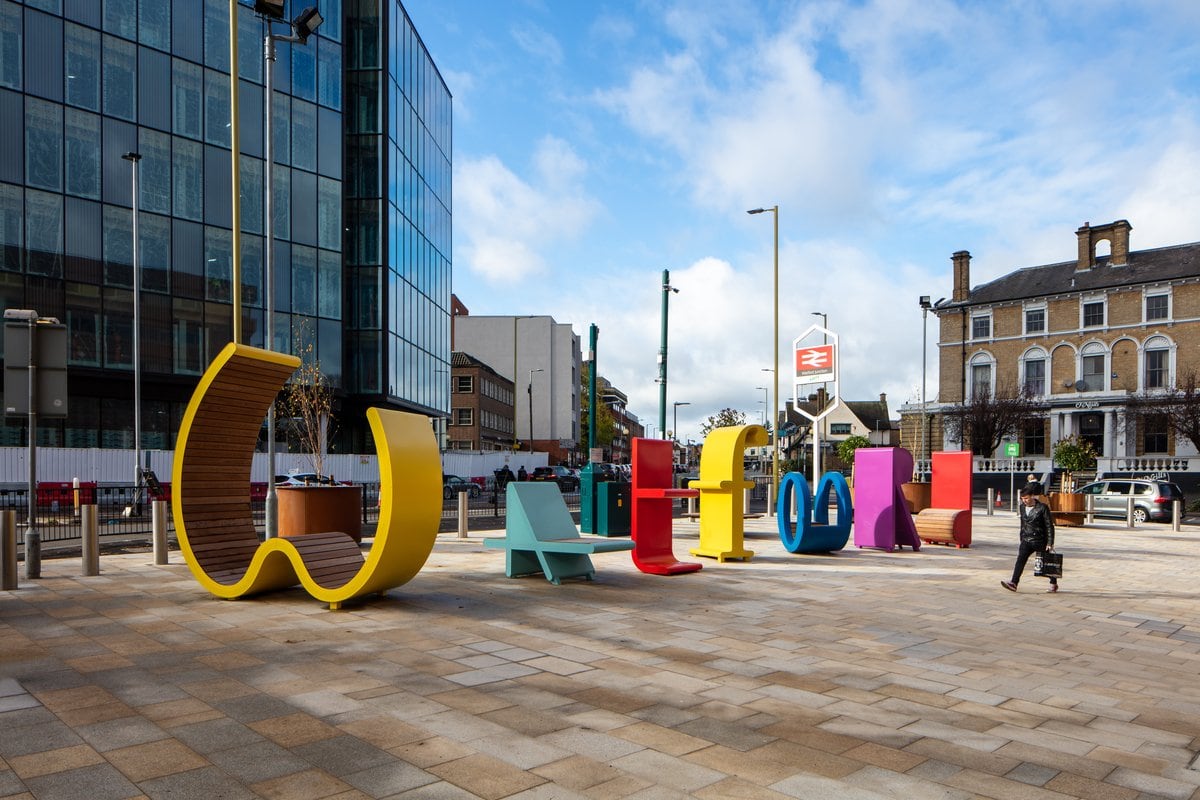 Welcome to Watford” by Dallas-Pierce-Quintero is a transformational gateway project for the town, drawing on its printing heritage to welcome visitors with planting, lighting and an invitation to play on oversized multicoloured letters spelling out W-A-t-f-o-R-d.

What was the brief?

The brief was to create a welcoming and distinctive first impression of the town, decluttering the existing station forecourt and transforming what was a nondescript place for passing through, into a people-friendly environment that promotes Watford and encourages visitors to return again.

What were the key challenges?

A key aspect of the brief was to allow for future major works at the Station, which would see a relocated entrance lobby and other public realm works. For this reason, all the features had to be designed to be easily relocatable.

The proposal had to carefully consider the complexities of being situated outside one of the busiest stations on the London to Birmingham route. We worked closely with the client, Watford Borough Council, as well as Network Rail and London Northwestern Railway, to put forward a proposal that would ensure minimal disruption to the day-to-day commuters during the works.

Understanding which existing elements of the public realm had to remain, such as the ring of anti-terrorist steel bollards, was key to the developing a new re-imagined piece of public realm.

In order to create impact at night and during the winter months, we wanted each letter to create its own unique lighting effect. Our challenge was finding a balanced solid to void ratio, so that each letter did not look like a light box during the day.

What were the solutions?

Previously, there was very little signage welcoming visitors to Watford, as most of the signage pointed to the Warner Bros studio tour that departs from outside the station rather than to the town centre. Our aspiration was to change perceptions and create a design response that was celebratory and engaging. Our solution was to create large scale letters that were unique to Watford and reminiscent of its printing heritage. Each letter encourages social interaction where people can climb sit, lean and play.

We positioned the letters so that they would be legible both from the existing entrance and also from the new station entrance, once the future station redevelopment works are completed. We achieved this through rotating the letters on their axis – helped by the fact that most of the letters are symmetrical. This achieved a more playful arrangement, breaking away from a standard straight line.

We proposed evergreen and deciduous planting to soften the hard, urban environment, provide interest and colour year-round and help provide screening to traffic. We designed bespoke planters with adjustable feet to enable positioning at any location on the sloped forecourt. Constructed from hardwearing corten, they were designed to slip over the steel bollards, helping to break up the perception of the ‘ring of steel’, whilst providing new seating opportunities.

To create a subtle lighting solution that is imperceptible during the day and impactful at night, we concealed LED lighting behind perforated steel panels. We played with several perforation patterns until we were happy with one that achieved the balance of hiding the LEDs and allowing sufficient light through.

The proposed light-weight intervention seeks to create a safer and more welcoming gateway for arrivals to Watford, improve public realm & sense of ‘place’ and tie in with the wider context improvements, including the redevelopment of Watford Junction station and Clarendon Road upgraded public realm.

How is the project unique?

We collaborated with graphic designer Stephen Barrett to create bespoke fonts that could be used sit, lean, lie on.

We also incorporated text engraved into the largest W that introduces Watford to new visitors and alludes to the town’s remarkable printing heritage whilst revealing the meaning of each letter.

Who are the clients and what’s interesting about them?

The client was Watford Borough Council, a progressive council that is committed to delivering the aims of its Cultural Strategy, including embedding public art, wayfinding and heritage within its public realm projects.

What building methods were used?

What are the sustainability features?

The positioning of the letters and inground wayfinding help to support intuitive wayfinding, directing visitors to the town centre and encouraging walking and cycling over less sustainable modes of transport. 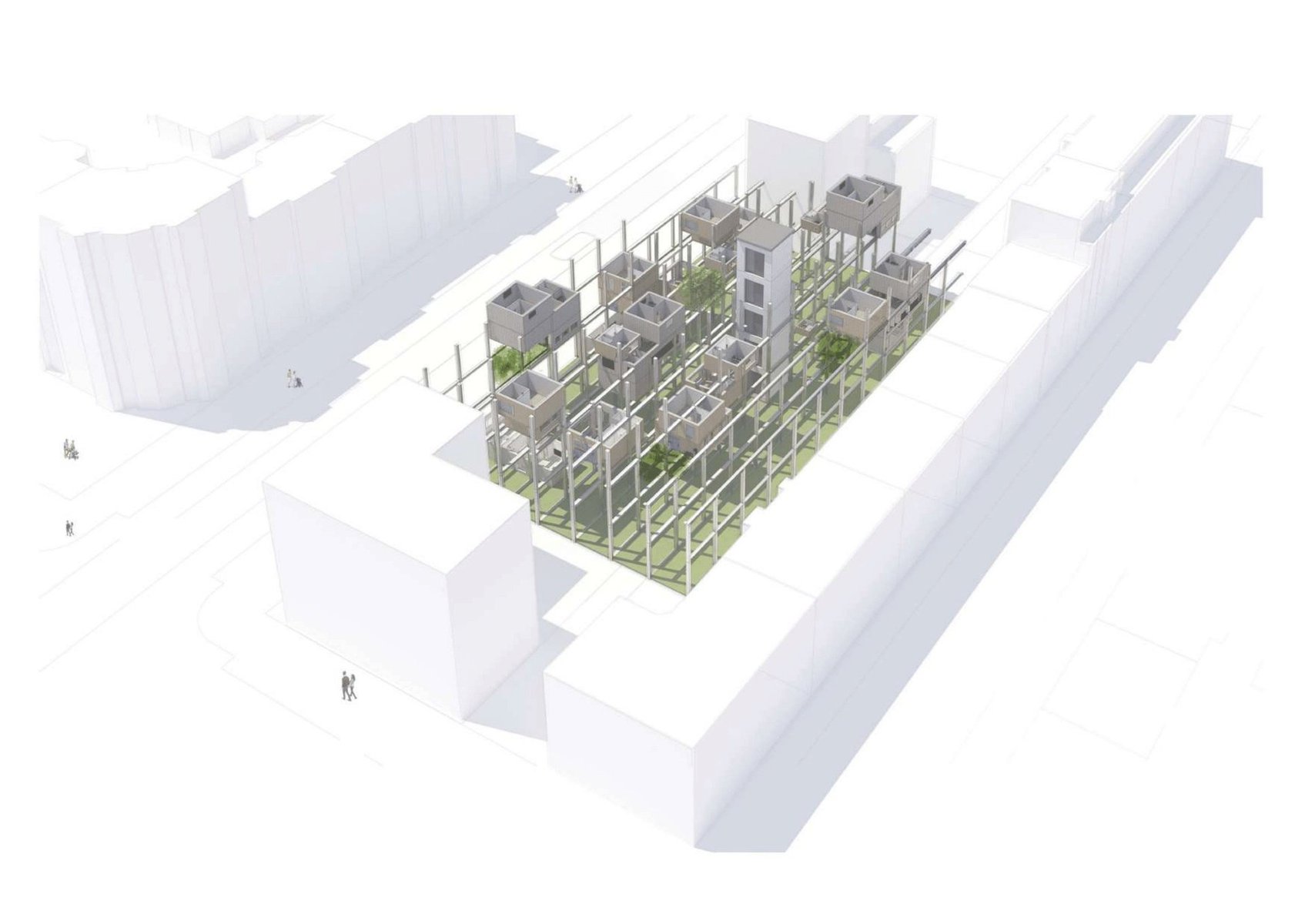 Janet Adekoya – “The Berlin Community For Nurses- the community that grows” 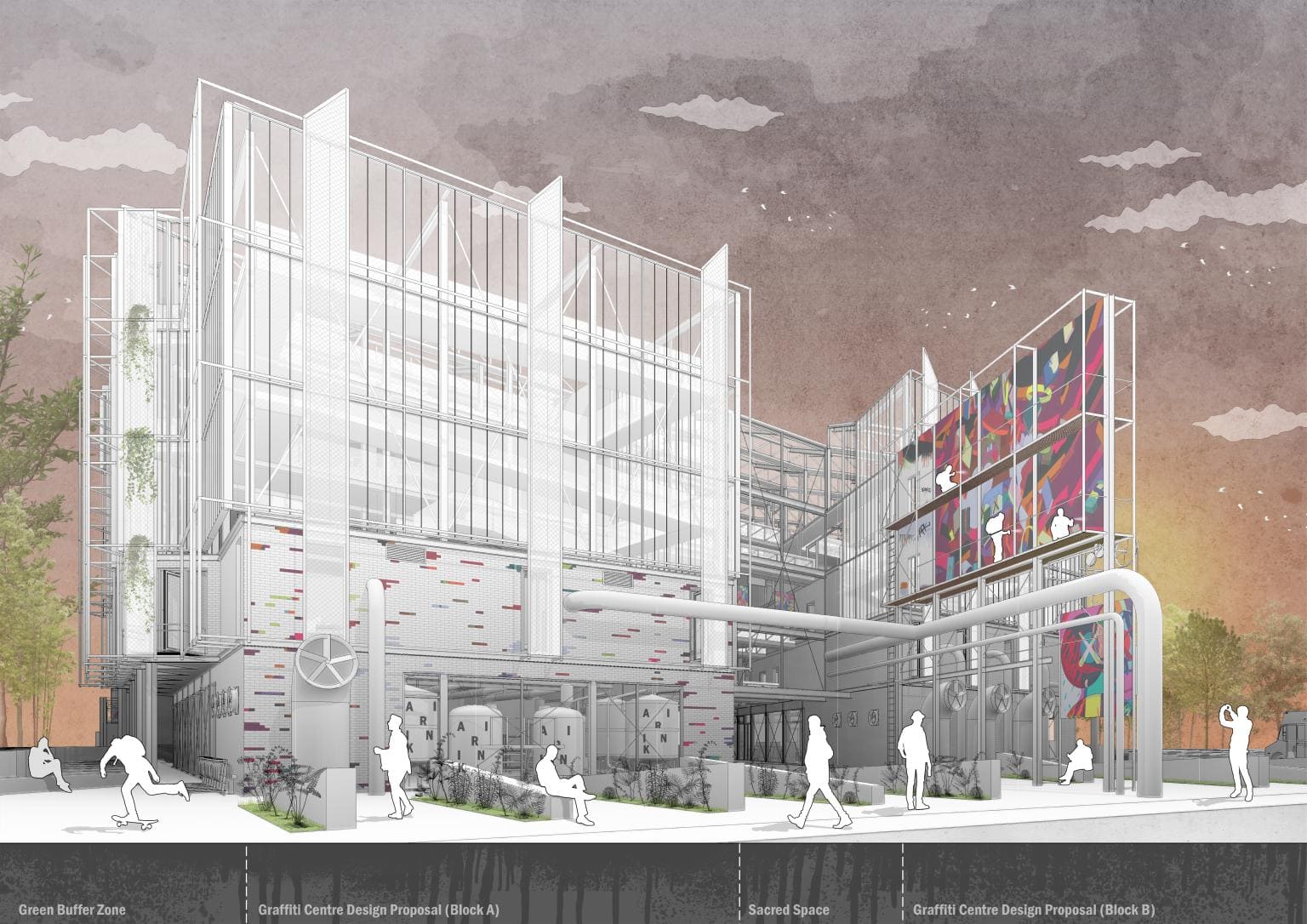 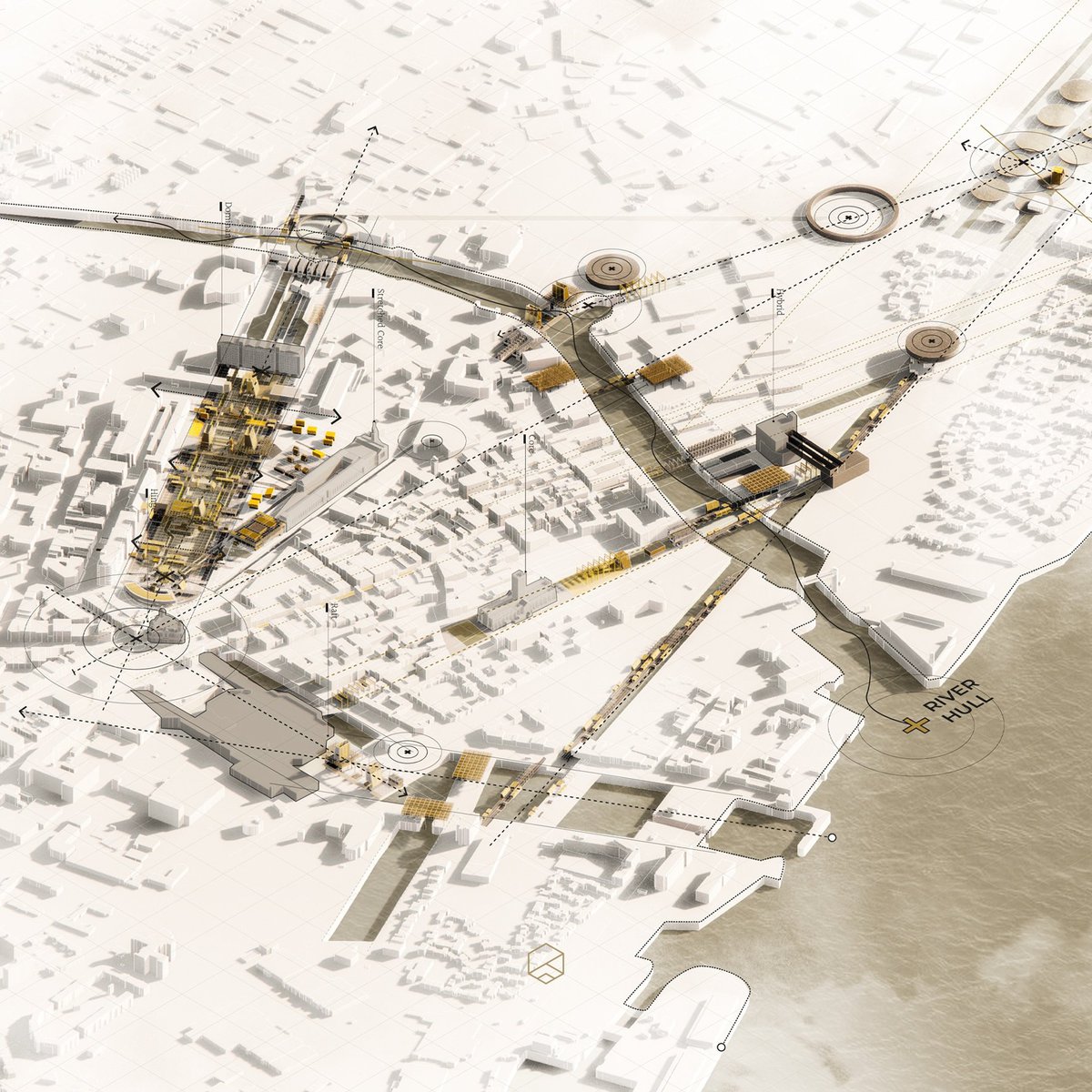